As architecture Deauville also stands out – dark wooden beams cut through the geometric facades, windows follow the style of expensive stained glass masts of yachts can see their reflections in them- they’re that close to the ocean.

END_OF_DOCUMENT_TOKEN_TO_BE_REPLACED 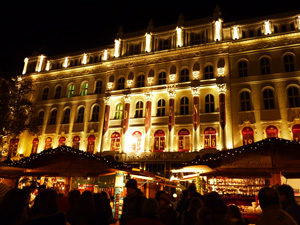 END_OF_DOCUMENT_TOKEN_TO_BE_REPLACED

The Hashemite Kingdom is waiting for you if you’re tired of old resorts, and do not know where to fo, but do not want to be disappointed
Milena Dimitrova
Pictures: author 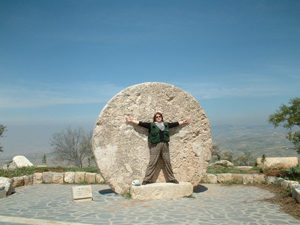 I fell inlove with Jordan, because every day unforgettable things happened to me. I felt in a completely different emotions. I floated in two seas, roamed around resorts with visibility to four countries, conquered deserts, fortresses, oriental markets. Everywhere I felt calm and peaceful. I stocked up on spices and musk – a orange piece with timeless aroma, which can’t be found on global markets for perfumes. I enjoyed the seven days in Jordan because I came back as reborn, empowered to do my usual duties. If I gained strength from energy facilities.

END_OF_DOCUMENT_TOKEN_TO_BE_REPLACED

Ultramodern baths in Belgium have been rinsing kings, queens and the aristocracy of Europe for centuries

There are at least two topics that I’m immediately ready to argue about. That Belgium is boring and sleepy state. And that SPA does not mean anything other than “health through water” – “Sanus Per Aqua”, from Latin.For some people this explanatio would be enough, however, they will fail in “Who wants to be a Millionaire”. Spa is a romantic city in the eastern part of Belgium and this is the correct answer! Legions of the Roman Empire were quartered in these lands and it has since carried the glory of the mineral springs of Spa. It became so notorious that in English and in Japanese not something else, but the name of the town of Spa became synonimous for health and relaxation, for all the extras in the bathroom and in the pool. Not that I like to argue or to exclamate, but there are grounds for exclamating. I have for example in Finland after a sauna jumped – but really fast, hot from the sauna in the freshly drilled hole in the ice on the surface of the lake outside. In Jordan, a hammam has returned my strength after a two-day walk through the desert and through the rocks. I’ve been splashed by an open air jacuzzi on the roof of the hut near the ski slope in Colorado. Believe me, that the Belgian town of Spa in Thermi took the coolest from around the world and through new technologies have turned the pool into a galactic center.

From the Baths in Rome there are only pieces of antique statues left, only exhibits of archeology, in real spa that boy of 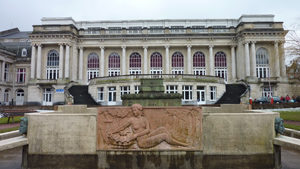 Michelangelo’s or Pheidias’ nails your breath, as if he were alive and a strong young man, so to speak. It is clear also that tradition is really showing, like an English meadow, and how nicely it is clipped at the height of fashion. Furthermore, the counter doesn’t take out entire bills from his wallet, but instead ticks silently and gradually in the spa. Three hours cost 17 euros. All day to splash around – 27 euros. In return, they give you a … plastic token. With it you can pass through the automatic door. It is like a coin for the wardrobe. Then it enters like a dial in a watch, which is fastened to the wrist and nothing happenes to it, while you swim in the pool. The same token-gatekeeper opens the barrier to the tourist area – when wet swimsuit starts getting in your way.