In the film the student taught her students the steps, passion and philosophy of musical devotion. 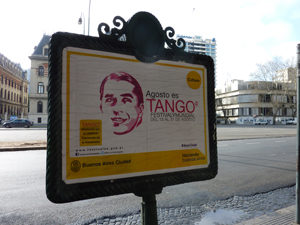 They advanced so much, that they had to fly to Buenos Aires, tango metropolis. Every August the 13 millionth Buenos Aires( City of Good winds) becomes Tangopolis and in streets and squares couples wpin in awe. The face of someone dancing tango does not tremble, but every fiber of their body is “high voltage”.

Tango is both doom and deliverance of the 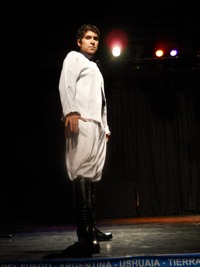 impasse, it is some other universe, which penetrates into the arms of the partner. The melody is slow, but dramatic, warning that the end is fatally near near. That’s why, in the Master tango ladies cach several vortexes between a couple of steps – and their hips shoot as tongues under a tight tight hug. Elizabeth sat petrified in front of the TV and did not realize that from that moment she has a purpose, bright enough to change her daily life. She decided to get a to real milonga and to experience the original “Tango Porteсo. And namely in Tangopolis next August. The music from the film intensified her desire – the authentic records of Carlos Gardel, a darkeyed man with a bowler hat, who sings prolongingly to a huge microphone.

His voice is more thrilling and eventful than his personal fate: young Gardel dies in a plane crash. Tango at its base is a sad thought which is danced, only it is an insight from another genre composer Enrique Santos Disepolo. 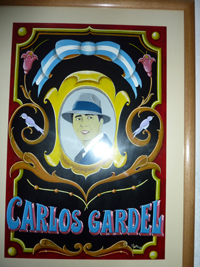 In the film the student from Paris, not only taught pirouettes, but harmony and magic, and more importantly: how they are lived and shared. Elizabeth used the search engines for music, history and even special shoes for tango.

They should be leather, deffinetly with a strap and from s soft leather, always open, while the heels does not exceed 12 cm, equal “ballerinas” will not work. Elizabeth remembered the brand Spenco, which since 1967 keeps the reputation of the best but most expensive shoes in the world of tango : a pair would last you for life. Argentine tango has nothing to do with “two forward, one back. The “Porteсo” is danced in eight steps with a dramatic pause after the fourth and eighth beat. Moreover, the figures are different for the lady and her partner. The dancer walk, spin, petrify, or make complex syncope within a musical sigh. The movement is so resistant to description, as is the 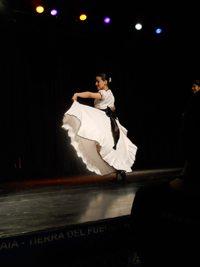 game of lips in a Kiss. In tango there are roles – the man leads, calling the woman to follow him and inspire him. In “Tango Porteсo” everyone fits their own style. Freedom is inspiring and nothing prevents you from dancing in the middle of the city – of course only in the Argentine capital, recognized by the world as Tangopolis.

Argentina is a 200-year-old Republic, its anniversary was celebrated this year. Argentine tango does not celebrating its birthday, but its deep roots come from African culture, covered with myths and legends. It is believed that in the nineteenth century it came to Argentinian coasts with ships of black slaves.

Some believe “Tango” is derived from some african word which means “enclosed” or “reserved land”. Others say it comes from Portuguese, or the Latin verb “tanguere” – to touch. Whatever it means to the end of the nineteenth century tango was used as a place where blacks slaves gather to relax. Tango complains about the pain of life and blends perfectly with the Argentine poetry, and this helped it to become a national symbol. When in Buenos Aires people began to dance tango in the city lived just 180 thousand. In 1914 the population reached 1.5 million due to inflows of Africans, Spaniards, Italians, Britons, Poles, Russians, whose traditional dances also in a strange way enter into tango. They say that Mexicans come from the Aztecs, Peruvians – from the Incas, and Argentinians – from ships. This Latin American nation most strongly absorbed ported from Europe traditions and values. In Buenos Aires people often cite instructor Graciela Gonzalez, that tango contains “the story of love – within three minutes.” The key is the relationship between a man and a woman. The rest is rhythm, beauty and excitement that is being relayed on all social strata. The history of tango has three peaks in early, middle and end of the twentieth century. Its golden decades across the Atlantic are between the 30s and 50s of the twentieth century, when Argentina entered the top ten richest nations in the world and the economy and culture, music, poetry are in bloom. Europe noticed tango upon its arrival in Paris. It incoincidentally coincides with the undisputed glory of the Latin American lovers. In 1913, the tango had conquered London, New York and Tokyo, since then dates the tradition of tango trips. On stage in Paris returns the show “tango” and it starts its worldwide renaissance. Motivated, Elizabeth opened the call for latinoamericans in the neighborhood community center and began to dance. Yes, tango is liberation, and magically she had memorized every word of the accidentally detected broadcast. Her next task on the path to the goal was to choose a sufficiently reliable and profitable trip to Argentina. In August! Tango is danced counterclockwise, Elizabeth heard at her first lesson in Buenos Aires. The pause after every four bars do not serve as a break, but to give meaning to emotion and fill with 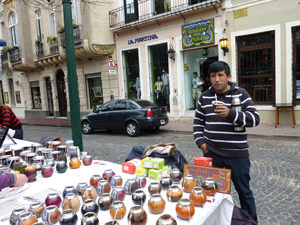 tension. Where you look at, girl?

Tango possesses all the senses and is not limited to the technique of the feet. You must feel your own steps as a words of a conversation with your partner. A most appropriate context in the open, where this conversation occurs between two passers-by, is square Dorego in the neighborhood of San Thelma in Tangopolis. Since her arrival in Buenos Aires, Elizabeth hurried that way. On Dorego square people drink coffee, beer or tea mate, sell antiques, jewelry, books, vinyl records and magazine series of the last century. They have everything about tango – from the immortal singers to orchestras, to the composers Astor Piazzolla, De Caro, Gobi De Angelis, Lomuto … The atmosphere is bohemian. Continuously from the early afternoon until dawn can be seen dancing couples for themselves and alone in the world. 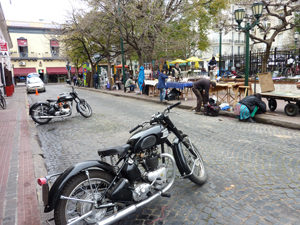 trees and overpowers the city noise. In Buenos Aires, Elizabeth found another difference compared to cities in Europe, where she had gone. Instead of beggars on the streets infront of shopping centers, she saw couples dancing tango. Of course, that they had left a hat for handouts, but thwy were spinning without seeing passers-by, isolated from noise from the crowd and poverty. Elizabeth didn’t embarke on a dance at Dorego Square and chose the very first night after the lesson to watch the show “Tango Porteсo” in the huge complex “Cerito” next to the theater “Colon”. In Buenos Aires there are over a thousand schools and at least a hundred restaurants in downtown invite customers for a night show like at the Moulin Rouge – a real spectacle with choreography, orchestra, champagne and dinner. Cabaret, but for the tango. “Tango Porteсo” appears to be a livelihood, and gold vein in the business. The climax of the show features 14 couples dancing on enchanting stage of several floors.

Adventure, however, awaited Elizabeth the next evening, in a randomly selected milonga. Everything else was left outside the door and lost its meaning when she stood in the middle of a wide platform with a wooden floor. Her heart shuddered for fear that nobody would come close to her and she would 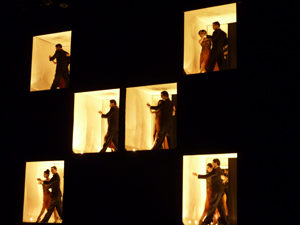 stick out as lonely in life so far. She did not need to wait long. In her eyelashes burned a real, rather than a tourist kabeseo.